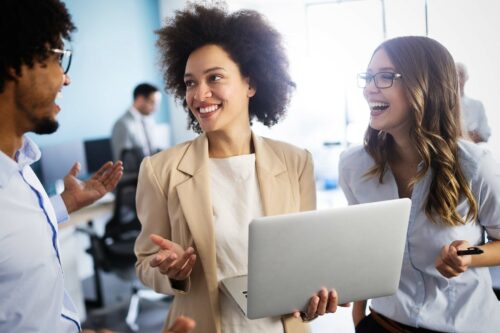 One of the exciting new features offered by the latest smartphones is facial recognition, which allows users to unlock their devices simply by looking at them.  On paper, it’s a great feature and incredibly convenient, but there’s a problem. The issue was uncovered by a non-profit group called the Dutch Consumentenbond, which tested more than a hundred smartphones offered by a broad spectrum of vendors.

Their findings were disturbing to say the least.

It seems that advances in technology have rendered the new facial recognition routines easily hacked.  The group found that nearly 40 percent of the phones they tested could be unlocked by a hacker displaying a high-resolution photograph in front of the camera.

These photos are such high quality that they can fool the software designed to protect the user. This allows any hacker who has access to a high-resolution photo of the phone’s owner complete and unfettered access to anything on the device.  After all, as far as the phone is concerned, you’re the one unlocking it!

Unfortunately, given the fact that most people these days are engaged on at least one social media platform, high-res photographs are incredibly easy to come by.  Even if you’re not personally engaged in social media on any platform, given the ubiquity of high-quality cameras on the smart devices available for sale today, it’s incredibly easy to snap a picture of the owner of the phone either before or after the hacker has made off with it.

The issue here is twofold:  First, a growing percentage of people do their banking and make a variety of purchases via their phones, meaning that all of the data associated with those accounts would be available to a hacker who stole the phone.  Second, companies selling phones with the facial recognition unlock feature are touting it as highly secure, when it very clearly isn’t, giving their user base a false sense of security.

Beware.  Facial recognition unlock is much easier to hack than manufacturers are letting on!